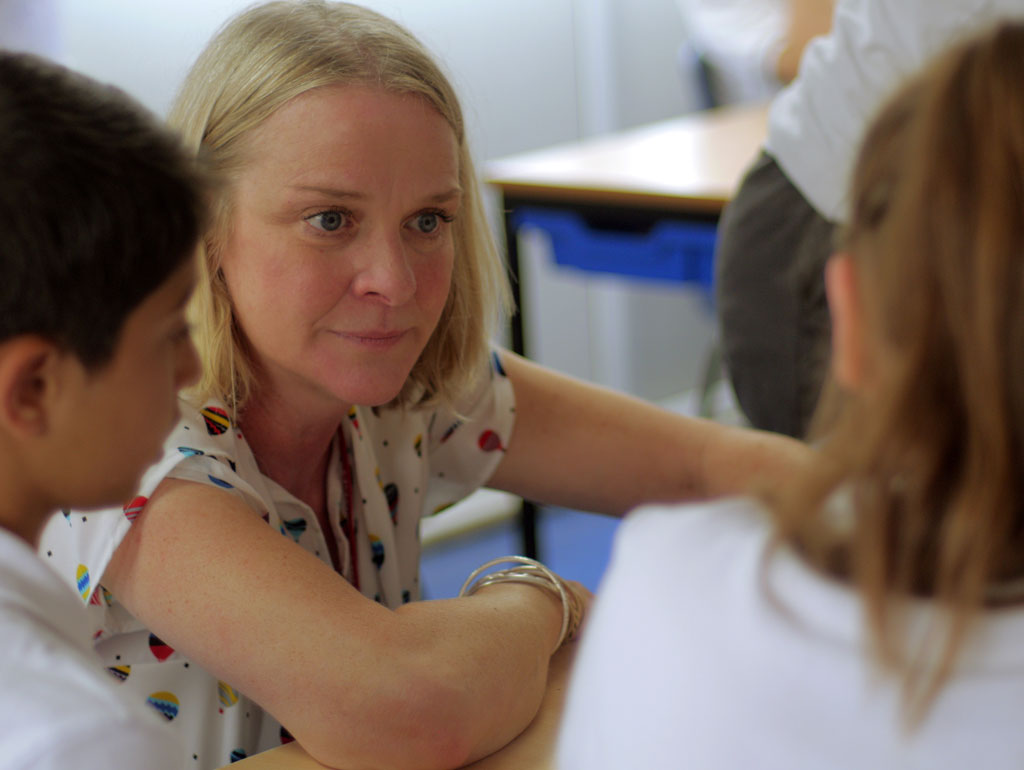 Having delivered poetry workshops for West Derby School last summer term I was delighted to be asked back again this July to support the students in celebrating the school’s International Week. An average sized, boys’ secondary school, West Derby had chosen Nepal as the theme for their celebration in 2013 but this year, rather than focus purely on a country (Brazil – with reference to the World Cup) they had decided to include work around the commemorations of the First World War.

Some years ago I had the pleasure of taking part in a workshop run by the brilliant Michael Rosen, then Children’s Laureate, where I picked up the technique which I have used many, many times since, adapting it for different groups before eventually turning it into what is now our “Personification Poetry” session. By imagining themselves to be an inanimate object in a particular setting, before collaboratively responding to a series of prompts, students generate pages of richly evocative words and phrases which they then use to build unique, individual, poems.

Having warmed up minds with a rhyming quiz and explored the battlefields of WW1 imaginatively, through a soundscaping activity, I showed the Year 9 boys at West Derby a photograph of a tree on a battlefield. “This is you…” I told them. This part of the session always gets a bit of a laugh and there is often mild discomfort at being asked to make this somewhat ridiculous leap of the imagination. But after acknowledging the apparent absurdity of the request, I reiterated that they were to think themselves into the mind of this tree before travelling around a carousel of prompts, in teams of no more than four, writing down their responses to questions such as “What can you hear?” and “What are you thinking to yourself?”

I generally opt to give students no more that about three or four minutes at each prompt, to avoid the self-censorship pitfall, and I challenge them to come up with original ideas that the group before them haven’t thought of. Once all the raw material has been collected on sheets of flipchart paper the composing work can begin.

Before sending the boys off to piece together their own selection of the generated words and phrases, we came together as a whole group so that I could model ways that repetition, rhythm and rhyme can add effect to verse, giving them permission to adapt the raw material in any way they saw fit, to make it work for their individual poems. At this point the boys sat down at tables for the first time since walking into the classroom. This is one of the things that students mention on their feedback forms time and again after taking part in Personification Poetry;

“I was surprised by the lesson itself, I thought we would have to sit still and write a massive poem by ourselves”

Less than fifteen minutes later every student in the class had written a poem, no two alike despite the shared nature of the idea generation.

My favourite thing about these poetry sessions at West Derby is that their International Week culminates in a sharing event with parents and members of the local community. So, having supported the writing of the poems I also get to work with smaller cohorts on preparing some performance poetry. With a background as an actor I relish this opportunity to take the students’ work a stage further, bringing it to life through choral speaking. And the ultimate reward is having a proud mum come to tell me that she never thought she would see her son reciting poetry on stage, particularly not when it was all his own work! Staff, too were obviously impressed, with the Head of Pupil Support, who booked the sessions commenting

“The performance was fabulous. Once again, on behalf of the staff but most of all the boys – thank you!”

Below is a copy of one of the poems that came out of this session. It is a favourite of mine and was particularly powerful when spoken by a group of young men – not much younger than those who would have fought for their country 100 years ago…

I remember happy Choruses of birds.

Now I hear the screams of agonising pain:

I dream of life before the war,

Why must this once beautiful field be destroyed?

Find out more about our poetry workshops here

Find out more about our World War One workshops here